How do you maintain an upright posture? Where does coordination come from? Or seemingly elusive sensations like spaciousness, weightiness or buoyancy? And why can some movements make you feel elated and others irritated? Because of your 6th sense: kinaesthesia. If that sounds a bit mystical, it is not – at least not in the way it sounds.

Besides the five senses - sight, hearing, smell, taste and touch – you have kinaesthesia, which I call the 6th sense. As the eyes are the organ of sight and the skin the organ of touch perception, fascia is the ‘organ’ of kinaesthesia.

Pilates Union® operates as an independent organisation committed to providing support and personal development for Pilates instructors and enthusiasts.

Kinaesthesia or kinaesthetic sense means movement sense. Not only do movement efficiency and quality rely on our kinaesthetic skills, the mere ability to stand and move depends on it.

If the fascial system could be unravelled, its surface area would significantly exceed that of the skin (the largest organ). Fascia is not only vast regarding spatial occupation, it is also in a league of its own as a sensory system.

Fascia is densely populated with sensory receptors. Compared with the quantity of muscle spindles, there are six to ten times more mechanoreceptors in fascia than in muscle tissue(1). When including the tiny interstitial receptors in the equation, proportionally the number of sensory receptors may be equal or even superior to that of the retina of the eye(1). While the eyes are often considered the most dominant and richest sensory organ, it is the high receptor density and its bodywide extent that makes fascia the most influential perceptual system.

Unconsciously and consciously, fascia enables us to perceive body alignment, coordinate movement, modulate rhythm and feel the effects of it all.

Proprioception is the unconscious or conscious ability to perceive body alignment and move in a well-timed, coordinated manner.

Interoception is the unconscious or conscious ability to modulate and sense the quality of movement as well as feel its effects on the body and emotions.

Interoceptive sensations are often related to the homeostatic needs and have a strong affective, motivational aspect; meaning they motivate to adapt behaviour (unconsciously or consciously) to regain equilibrium.

More broadly, interoception is linked to(3):

When you feel interoceptive sensations such spaciousness, weightiness, buoyancy, length, etc. they are as ‘real’ as putting one foot in front of the other.

The distinction between proprioception and interoception is not in their importance or value for movement, the difference is in the fascial system where different sensory receptors feed different kinaesthetic information to different areas of the brain(2).

At this point it is useful to consider that ‘feeling’ involves both sensation and emotion.
Sensation: A sensation is the feeling of something.
Emotion: An emotion is how you feel about it.

In body-minded movement the distinctions between proprioception and interoception, as well as sensation and emotion are relevant. For example, when doing a standing Roll Down, ideally the lumbar spine is evenly flexed (proprioceptive ability) and there is a three-dimensional stretch sensation in the lower back, which is the feeling of something. While some people ‘interpret’ it (interoceptive sensation) as a ‘heavenly opening’, others might feel ‘terribly stuck’ and some people simply refuse ‘to go there’ – all of which indicates how they feel about the stretch sensation.

There are countless factors that influence our emotional responses to physical sensations – and that includes pain perception; where there is little direct correlation between what is actually happening on a tissue level and the way the brain interprets the signals(5). In body-minded training we aim to respond mindfully, therefore contemplative ‘pauses’ before habitually reacting are a worthwhile exercise to observe arising emotions and what they motivate us to do. Is it the motivation to pursue? Back off because of fear? Frustration, therefore resignation? Frustration, therefore push harder?

When ‘listening’ attentively to the kinaesthetic sense we can make more informed choices on how to respond to physical sensations to reinforce positive and break negative feedback loops.

The next time you are on the mat, pay extra attention to your 6th sense and distinguish between what you (proprioceptively) sense and how you (interoceptively) feel about it. 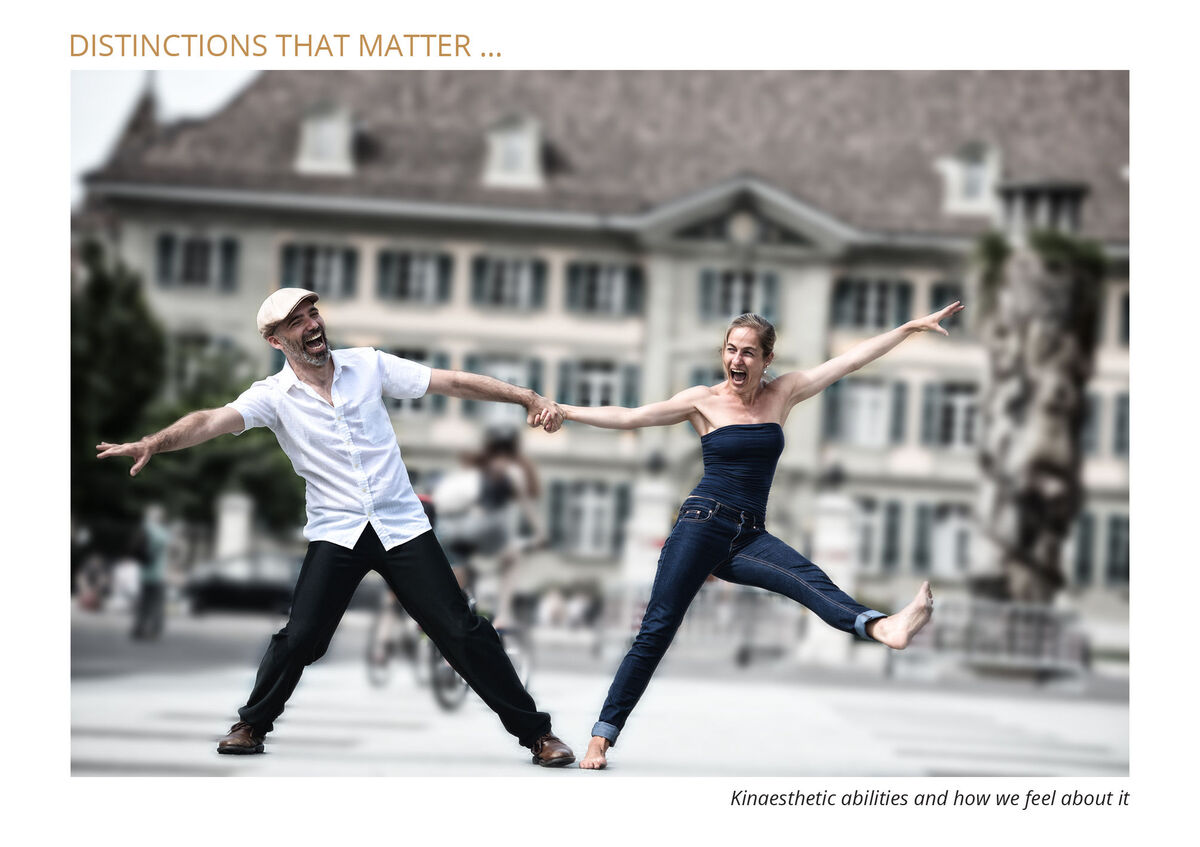 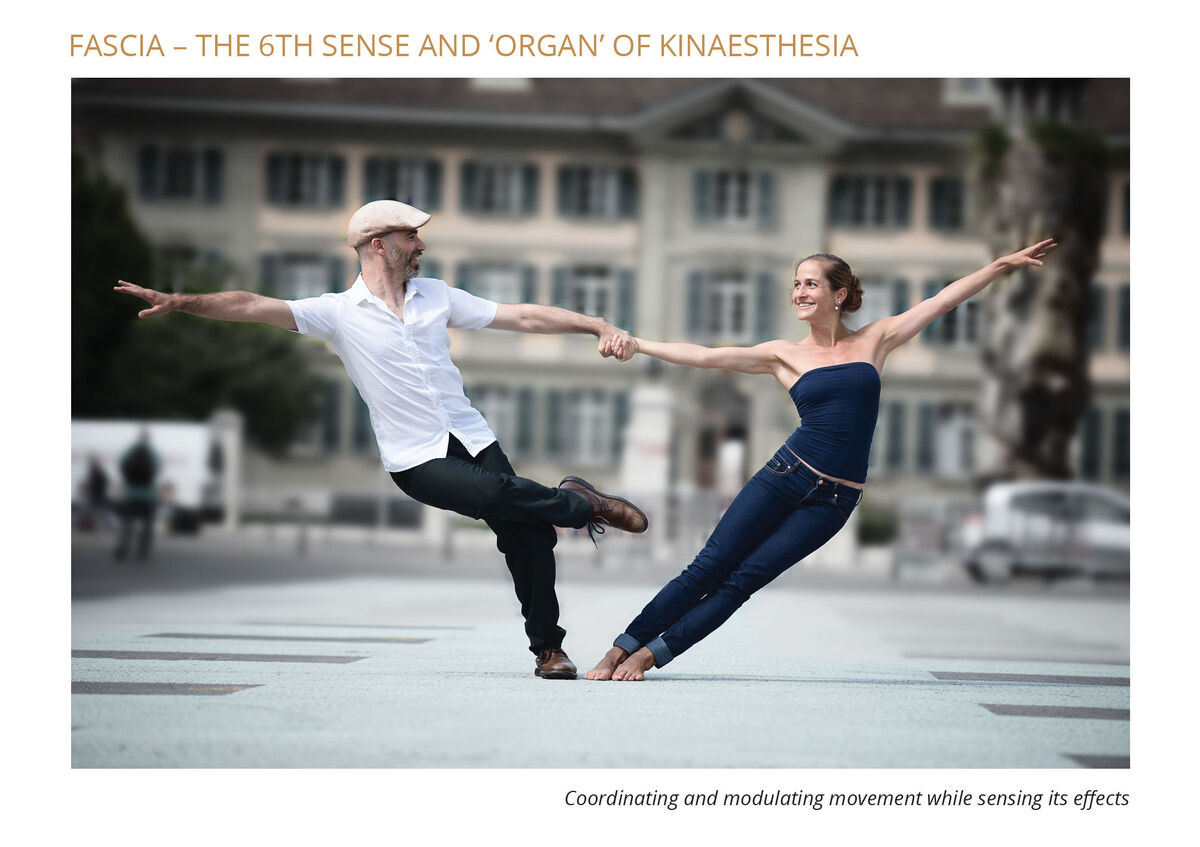